The minutes of the 2012 General Council meeting were never made available to members. It seems from the issues, raised by Navin B Shah of Kenya outlined in the draft letter below, that the meeting was conducted in a way that contrived to block any possibility of reform or even its discussion. It is clear from the number of issues that Mr Shah was proposing for discussion that he has a wide ranging agenda for reform and this is considered to be a threat by the Adyar controllers.

Navin B Shah isn’t the only General Council member. Didn’t he have any support from the others? Have the majority of the General Council decided that control of the Theosophical Society and the Adyar Estate is no longer retrievable? The poor attendance mentioned by Mr Shah suggests many have given up. Was Tim Boyd at the 2012 meeting and if so, did he offer any support to Mr Shah? 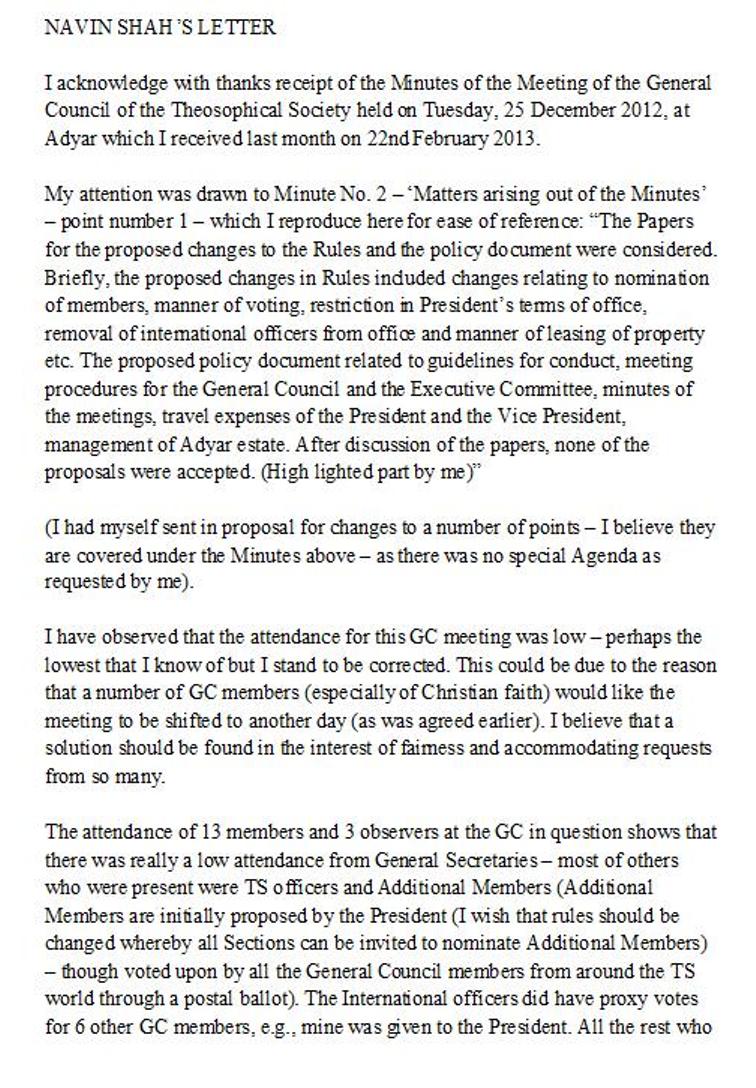 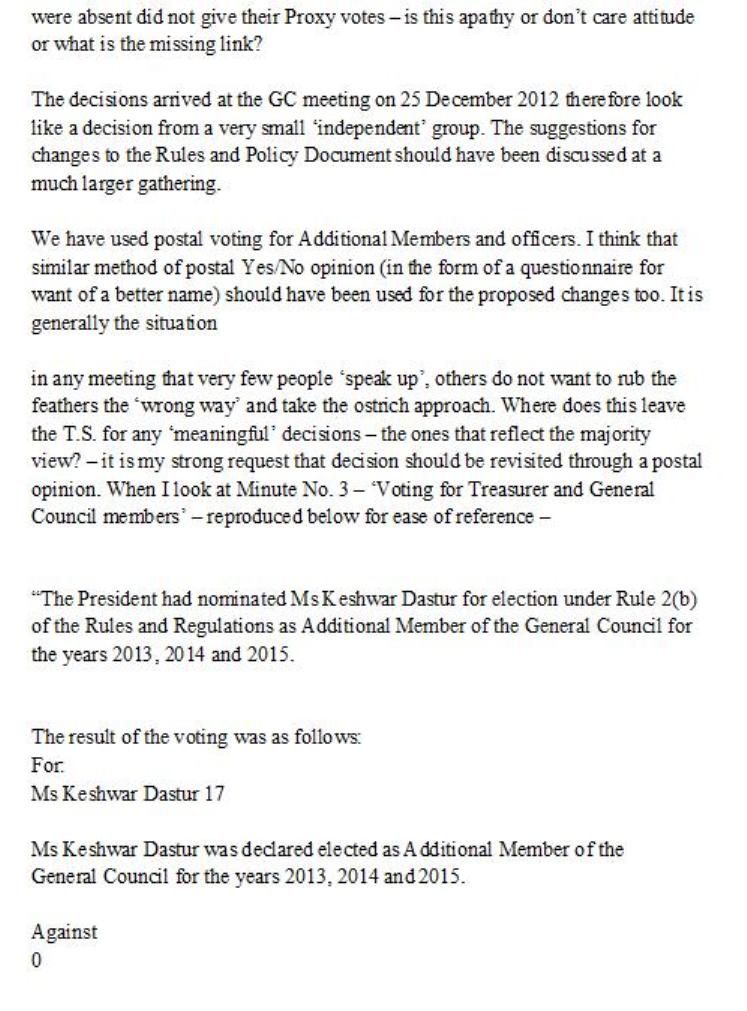 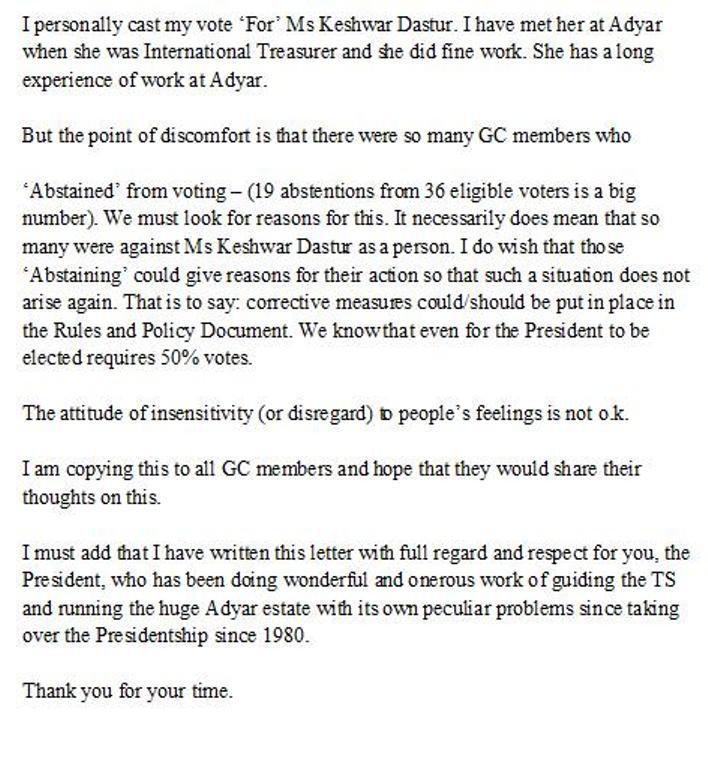