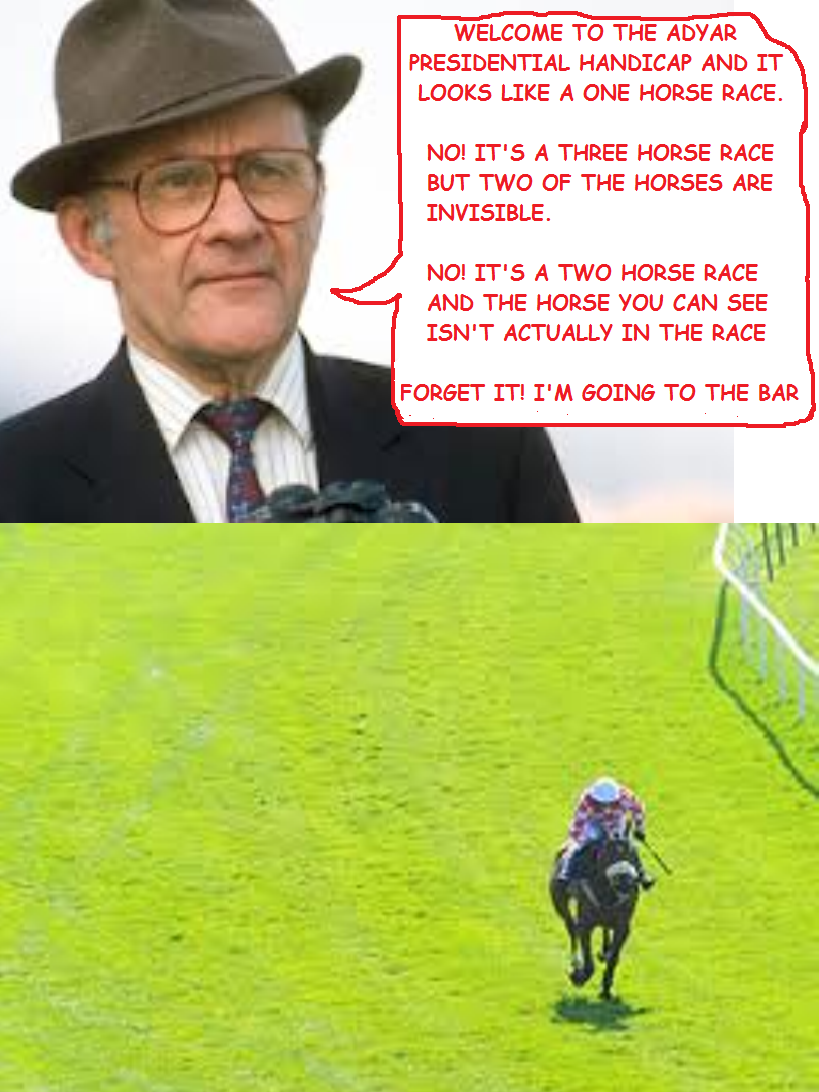 and trained by R Burnier. It doesn’t matter that this horse isn’t even

in the race and technically can’t win, the important thing is that

the Adyar controllers have a de-facto president already in place

in anticipation of the break-up of the Theosophical Society

Neither official presidential candidate has been allowed to campaign by promoting policies in the Theosophist or on the Adyar website, or even to campaign at all. International Vice-President, and Adyar Estate controller, Mr M P Singhal is not a candidate but has been allowed to raise his profile and present proposals for the future of the Society, through these highly influential outlets. What an incredible opportunity Mr Singhal has seized to run a presidential campaign and strengthen his grip over Adyar. Allowing an official to circumvent the electoral process clearly demonstrates that the General Council has lost control. The Society doesn’t just have rival candidates but effectively has rival campaigning institutions which will ultimately produce rival presidents. An elected international president will compete for control with a de-facto Adyar president. The General Council should head this off, but creeping to Adyar is so ingrained in its culture that it can’t do anything other than stand there paralysed, while events move ahead without it. As usual, silence gives consent.

Years in Theosophy, and all Tim Boyd can say in relation to his candidature in this election is that he wants the Headquarters to remain at Adyar. This one point agenda is a bit suspicious but it certainly sounds reassuring to the Indian members, if taken at face value. The reality is that many US members regard Adyar as a burden and want it off their backs, and many feel that their support for the continuation of a headquarters at Adyar should be conditional on some harsh surrender terms. 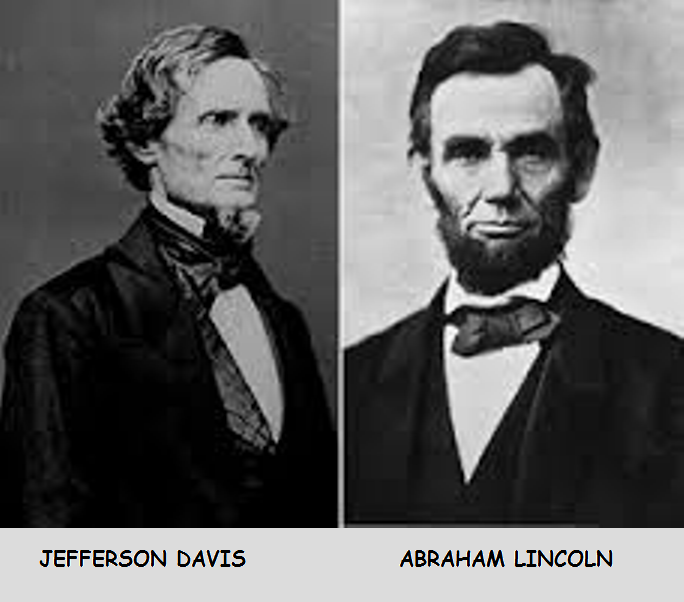 On the other side of the fence, the Adyar controllers are wary that a Tim Boyd victory may lead them to cede control of their fiefdom in return for American support, and are making sure that they are dug in to resist unwanted change. If any secret deal over the future of Adyar has been struck, neither side is likely to be comfortable with it. The Theosophical Society hasn’t controlled Adyar for decades and this is set to continue. Relinquishing power at Adyar is virtually unknown and there is little hope of compromise or agreement once two rival figureheads go head to head over the control of the Adyar Headquarters.

The election of their own candidate would suit the American section, as an internationally elected president would enable the section to claim credibility in the event of it forming a break-away group, and inviting other countries to join. Any commitments of support made to Adyar can be revoked when the “who controls Adyar” conflicts, and disputes over international policy, inevitably kick off. In anticipation of a split in the Society, the Adyar controllers are making sure that their position will be protected by having an already established Adyar representative ready to assume the presidential role of a much reduced Adyar based organisation. It is unlikely that the membership of any organisation emerging after the break-up will have any control over Adyar, and this may already be in the reckoning of the Adyar controllers.