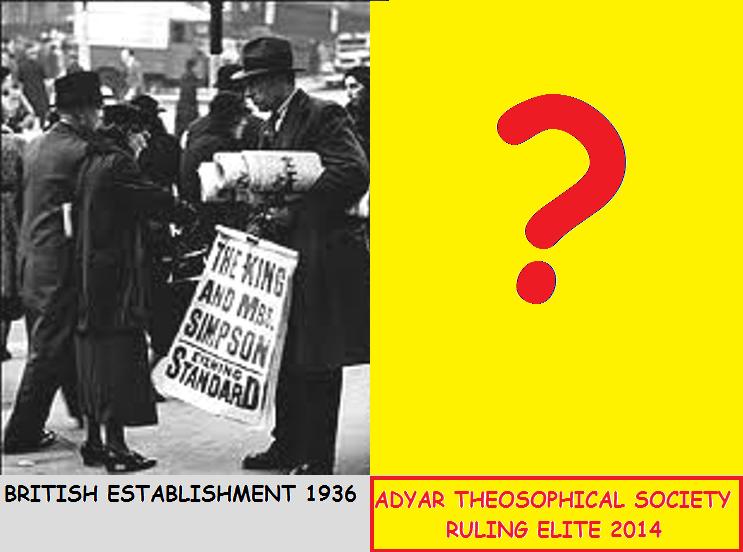 It all started with an apparent attempt to disallow electioneering, backed up by a weird interpretation of the rules and bits from speeches of 50 years ago. It is now the complete shutdown of a leadership terrified of revealing anything to the members. So we ask, what’s the bad news?

Adyar Theosophical Society members receive no information from the General Council and even if they did receive any, they would now be reluctant to trust it. Whatever information is being suppressed, it is certain that it cannot be kept secret forever and to avoid direct confrontation with members when that time comes, the leadership has effectively formed itself into a separate organisation in isolation from the membership.

Having cut the lines of communication with the members, it will be very difficult to re-establish them once the concealed issues in the hidden Adyar operation become known. This assumes that the ruling elite ever intend to interact with the membership at some point in the future, which is now extremely doubtful. The inconvenience and inevitable loss of goodwill makes the imposition of secrecy not something that is done for the sake of it, and from their current obsession with maintaining silence, the leadership must be sitting on nothing less than a volcano. On the other hand, a situation, event or policy that would benefit the Theosophical Society and its members would certainly have been heard about by now.

Organisations with something to hide often release highly and carefully edited statements about contentious events and issues. Most organisations realise that “No comment” is very damaging, with silence and “nobody available for comment” being an indicator of incompetence or underhand dealing. Besieged isolation combined with silence is often the preserve of charlatans who are being chased down the road by an investigative reporter accompanied by a camera crew. The Adyar Theosophical Society ruling elite has shunned normal communication and even the edited statement. Members have no alternative but to suspect that there is something lurking in the current Adyar situation that the leadership believe they cannot reveal and have therefore chosen to put themselves beyond normal enquiry.

The leadership has always shown a level of secrecy in its dealings but nothing like the current shutdown. Is it possible that Radha Burnier kept the lid on something really damaging, which either came to light after her death and/or which implicated others? The feeble excuses for silence combined with its solidarity certainly indicates that the members of the elite feel that they have an obligation to protect each other. Paying members have the right to be treated as members by those they elect, and are justified in demanding attention from their own General Council member for a proper explanation as to what is going on.

As the only utterings from management have been about the status of Adyar, it would be appropriate to ask if anything has happened which compromises the General Council's and any future President's control over the Adyar Estate, thus rendering policies irrelevant. Does the poor international representation at the 2013 Adyar Convention reflect a decline in the executive power of the General Council? Who controls Adyar is certainly an election issue, but is there any guarantee that electing a President will resolve this?