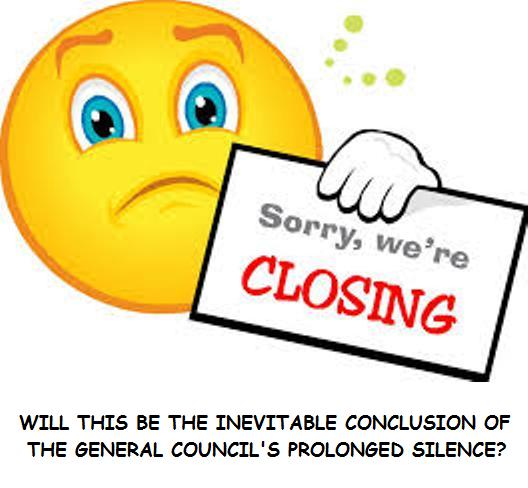 Would this be a surprise?

Many members don’t trust the leadership and all

members are excluded from planning and information.

Things can’t be normal, can they?

Does the shutdown of communication indicate that for all practical purposes, the Adyar Theosophical Society has ceased to exist? A governing body that says nothing and stifles discussion is clearly not an effective governing body. Does the General Council still have a Society to govern, or are we looking at a management where the managed organisation has inconveniently disintegrated under it, or circumstances make it impossible to exercise control and governance over anything that does still exist?

Secrecy reigns supreme and there is widespread confusion over the conducting of the current election procedure and doubts over the control and use of the Adyar Estate. Did the General Council arrive at Adyar in December 2013 to find things that they would rather not have found, but suspected during the many years of creeping to Radha Burnier? It was always clear that Radha Burnier’s aristocratic rule over her stately home put her firmly in charge of Adyar with the General Council looking on and cringing with sycophantic adoration. Those days are over.

It is possible that Radha Burnier was able to maintain the Theosophical Society’s use of the Adyar Estate during her lifetime but since her death the absolute right to use the Adyar Estate without permission of the controllers has lapsed, and will have to be re-negotiated with future use being limited. CVK Maithreya has put forward proposals for the Adyar Estate but it should be noted that this was against the express wishes of the General Council. Tim Boyd’s only election comment has been regarding the retention of the Adyar Estate as a headquarters and this may indicate a serious concern that Adyar may no longer be available as it has in the past. 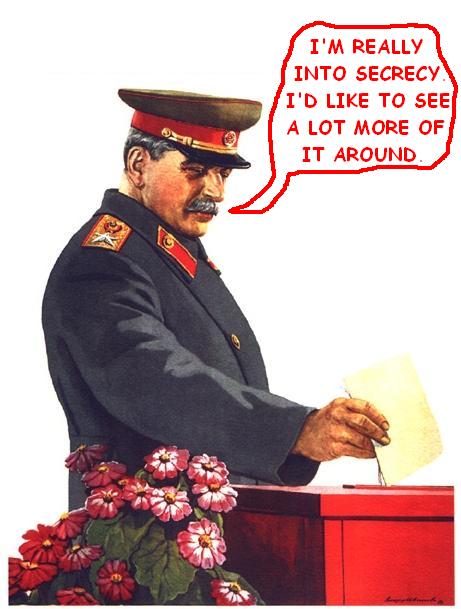 Secrecy has had some high profile

supporters in history, often with a

It is obvious to members that CVK Maithreya’s proposals for the Adyar Estate are all very well, but they consist of reforms that should have been implemented decades ago. Radha Burnier may have stood against change to protect her privilege and that of her family, while the elected representatives of the Society abdicated responsibility, and cultivated the impression to members that they actually held executive power. There may have been an assumption, by the General Council, that after Radha Burnier’s death it would regain control of Adyar, in the asset management sense, but has found itself irrelevant and powerless. If this is the situation then it will be difficult for the General Council to admit it to members, and to justify its continuation.

Many of the members outside India are indifferent to the retention of Adyar as a headquarters and the matter is simply a question of control of resources and credibility of the Theosophical Society. However, even those who want to dispense with Adyar as a headquarters will feel that this should happen on the Theosophical Society’s terms and not by default. If the General Council does not have control of Adyar then the problem will not be addressed by keeping quiet about it and pretending to be an effective governing body?

The election procedure seems to be shambling along amid confusion and silence. Some national sections are likely not to want to reveal how few members they have and this may be the main reason for stories about sections printing excessive numbers of ballot papers. Why not claim to have 650 eligible members when you only have 180? Or are the dead voting? Members don’t trust the voting system, and the General Council are determined to do nothing to improve confidence. Perhaps the situation of the Theosophical Society is such that it doesn’t matter.

Some national sections are now only theoretical with some having no contact details at all. There will almost certainly be some attempt to conceal the actual level of membership when the election results are announced. This assumes that the winner won’t just be announced without supporting figures.