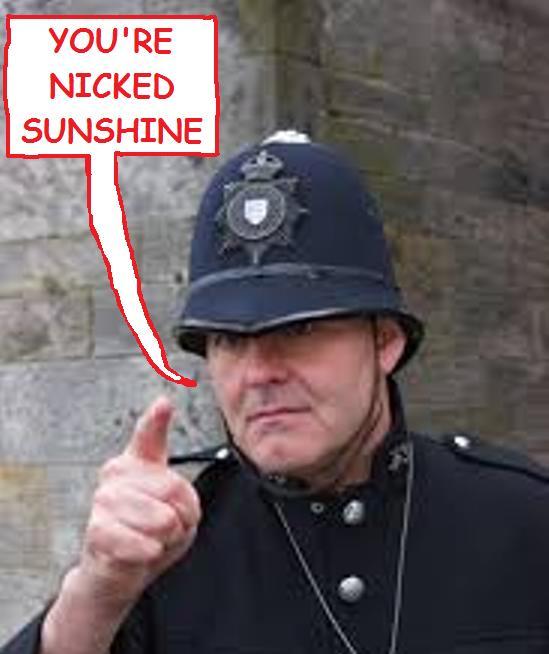 How often are the Adyar employees threatened

with imprisonment, and why?

Below is the draft of an open email to Radha Burnier from Preethi Muthiah dated July 18th 2009. It follows on from a letter of  July 15th 2009,  and comes a month after Preethi was bullied out her job and home on the Adyar Estate in June 2009. 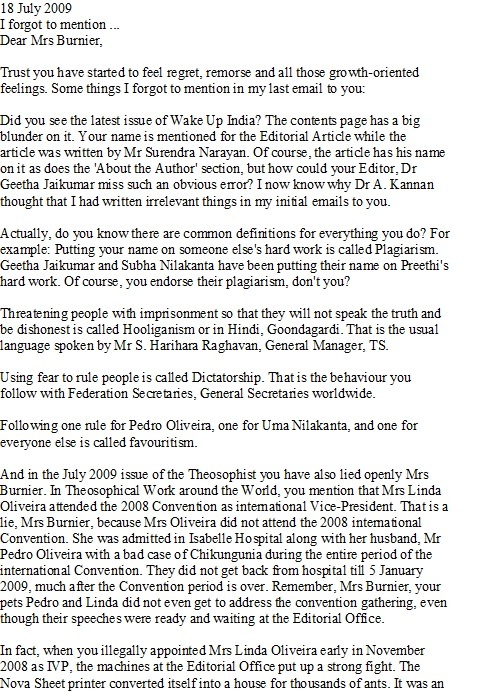 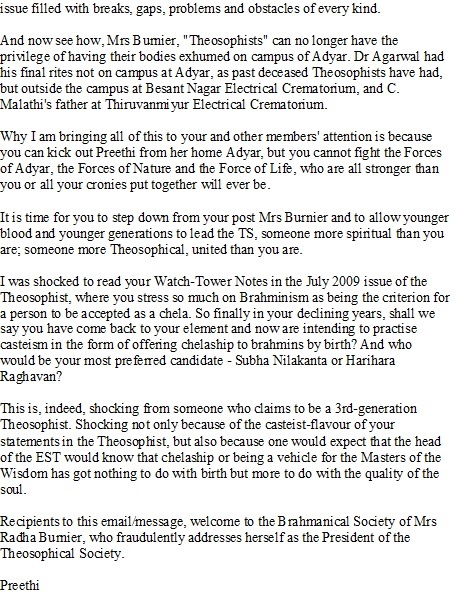 A number of issues are raised in this email and as it was posted on a Theosophy news board shortly after it was sent, the General Council must have been aware of it. Although this letter is some years old, some of the issues raised may still persist and are certainly worthy of investigation by the governing body of the Society.

There are several issues raised but two immediately stand out;

The first is highlighted by the words “Threatening people with imprisonment so that they will not speak the truth and be dishonest” This sounds very ominous and suggests that the Adyar workers live under climate of fear and intimidation. It is unthinkable that an employee can be threatened with imprisonment by their employer and we can only speculate what this threat involves, and the circumstances in which it is issued. An enquiry into these threats should definitely be initiated by the General Council. Given the climate of fear that appears to exist among employees on the Adyar Estate, it would be necessary to implement a system of anonymity for those who have been subjected to such threats, to allow then to submit evidence.

The second is the reference to caste. Why is the subject of caste even being raised within the Theosophical Society? Is caste apartheid an issue in the headquarters of an organisation that seeks to eliminate caste discrimination as part of its purpose? Despite the death of Radha Burnier, the phrases “The Brahmanical Society of Mrs Radha Burnier” and “Brahmins by birth” indicate an underlying caste problem within the Adyar Estate that may be ongoing. In the light of the reference in Preethi’s letter, the General Council should make a clear statement on caste.

The General Council is the governing body of the Theosophical Society, and the fact that it has failed to investigate any of the issues raised in Preethi Muthiah’s letters, indicates that it has lost control of the Adyar Estate. To whom will the General Council creep now that Radha Burnier has gone? If elected, are both the presidential candidates prepared initiate an investigation into the issues raised in this letter and Preethi Muthiah’s treatment?